Title: I Am Spock 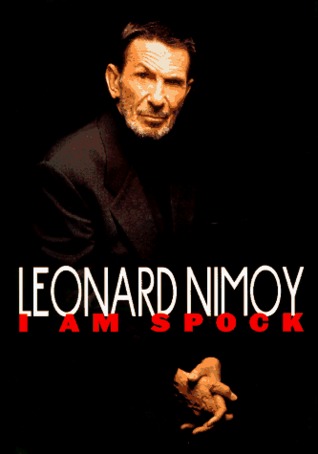 The long-awaited memoir by the actor behind the most beloved character from the Star Trek universe–Leonard Nimoy’s Mr. Spock. From the first incarnations of the character through Nimoy’s triumphant appearance on a special episode of The Next Generation, this memoir gives a faaascinating behind-the-scenes look at the making of a phenomenon–and the creation of a legendary character. HC: Hyperion.

My Thoughts: “I’m only human, and I have no doubt Spock will outlive me by many years. I can only hope that, once in a while, when people look at Spock’s visage, they might sometimes think of me.”
― Leonard Nimoy, I Am Spock

I cried so hard at the above quote when he says the lines from his book.  This book Leonard talking about his life and how much Star Trek has contributed to who he is. I thought it was wonderful and brought great insight into how he thinks and how much everything impacted his life and the friendships he gained.

I personally enjoy finding out more about people I respect and I think tis book gave me a whole additional level of respect.  I don’t really know what else to say beyond that but if your considering the book I would suggest picking it up.  It also is greatly complimented by William Shatners book about Leonard Nimoy which I don’t think I’ve reviewed yet.

One thought on “Book Review: I Am Spock”