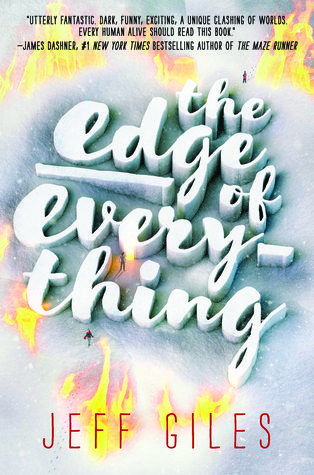 Synopsis: For the perfect love, what would you be willing to lose?

It’s been a shattering year for seventeen-year-old Zoe, who’s still reeling from her father’s shockingly sudden death in a caving accident and her neighbors’ mysterious disappearance from their own home. Then on a terrifying sub-zero, blizzardy night in Montana, she and her brother are brutally attacked in a cabin in the woods—only to be rescued by a mysterious bounty hunter they call X.

X is no ordinary bounty hunter. He is from a hell called the Lowlands, sent to claim the soul of Zoe’s evil attacker and others like him. X is forbidden from revealing himself to anyone other than his prey, but he casts aside the Lowlands’ rules for Zoe. As they learn more about their colliding worlds, they begin to question the past, their fate, and their future

My Thoughts: Mixed thoughts on this book.  First it was such an easy read.  There were a lot of things I really enjoyed about this book, the idea for the plot and family dynamics were probably the top of the list.  The characters felt unique and fully fleshed out, following Zoe around was fun, I could easily hear her voice.  I loved the story behind caving and I kinda wanted to go spelunking while reading this.

However overall I would say this book was average however, the idea and the characters were great but there was nothing that really wowed me about this book, I didn’t find myself cheering as things happened and I wasn’t rooting for any of the romances in the book at all. I also really wasn’t a fan of how the plot was executed, I felt like there were a lot of things that could have been enhanced…and again….not a fan of the romance in this book I won’t go into detail but I felt the relationship in this could have gone a different direction and it would have made the book better.

One thought on “Review Time: The Edge of Everything”